Clumsy me and the Shroud of Turin

Once, while reporting a debate I  participated in some years ago, the New York Law Journal referred to me as the “most avuncular” of the participants. I was a little upset because it looked like a reference to my weight, which wasn’t that bad until I looked the word up. Avuncular means “uncle like, a tendency to make points by telling stories”(or perhaps to bore relatives to death). I took satisfaction in that because in history, two of the most avuncular personalities were Abraham Lincoln and Jesus Christ. To make their points, Christ told parables and told jokes – some of which, if you saw the recent movie or read any of his biographies, were a bit uncouth. I was in good company.

Right now in the course of drafting my manuscript, I am struggling a bit to capture the flavor of the scientific miracle that was the 120 hours of scientific analysis by STURP in . I am particularly taken by the tale of aragonite limestone being found. But first let me tell MY story.

As some may know, my wife Rene and I have a particular empathetic but rambunctious Yellow Labrador Retriever  named Bogart. One morning a week or so ago I was walking “Bogie” and  he had a confrontation with another dog (unusual for him), He jerked the leash hard and I fell forward,  landing flat on the sidewalk. I suffered as a result an abrasion on my right knee and  a slight one on the tip of my nose.  Neither was a big deal.

Later, when I was reviewing the 120 hours, I came across one of the most significant finds (I now believe) of the research in that time period. I smiled a bit in recognition of what I was reading.

Most importantly, perhaps, scientific analysis of the dirt, which was picked-up by chemist Ray Rogers from the points on the Shroud, indicated that it was a specific, rare form of aragonite limestone, found only so far in the area of .

Obviously, my minor discomfort is nothing compared to the agony He suffered on the way of the Cross. But I can attest from personal experience, if you fall flat on your face, your knee and your nose are likely to be bruised. The evidence of just such injuries on the Shroud, while small and petty compared to the gross suffering inflicted on him, is one more item of the myriad of circumstances attesting to the authenticity of the Shroud.

The Shroud a product of forgery? As we say in , forget-about-it. You can’t make this stuff up. (I hope He has a sense of humor, did.) 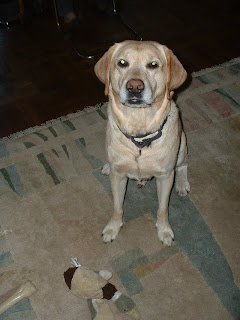 Posted by John Klotz at 8:26 AM No comments:

As some of you may know, I am working on a manuscript the working title of which is “The Coming of the Quantum Christ: The Shroud of Turin and the future of Science and Humanity.” I have just completed the draft of Chapter Seven (:Game Change”) which ends with the Shroud of Turin Research Group (STURP) in 1978 flying from New York to Turin to begin what is undoubtedly the most concentrated scientific study of the Shroud in its arguably two millennia history. (Some of what follows may wind-up in the “quantum” part of my manuscript., the Aquinas and Teilhard part.)

But in the past few days, the news has been of renewed efforts of the right wing extremists elected in the 2010 elections at the state level to gut Planned Parenthood again on the mistaken claim that Planed Parenthood is dedicated to abortion and that it spend most of its money providing abortions. That is simply not true. Ninety-Seven per cent of Planned Parenthood activities are devoted to women’s health issues, a part of the 97% does include contraception services, BUT, the number one way to prevent abortions is contraception.

But was does this have to do with Eva Cassidy and Nancy LaMott, two female vocalists. They have one thing in common: they both died in the prime of their singing careers from cancers that if discovered in time might have saved their lives.

First, a word about their music. Eva was a relatively unknown quantity when she died of melanoma at age 33. It was three years after her death that she came to the attention of a British disk jockey singing “Some Where Over the Rainbow. The rest is, as they say, history. There is a You Tube of an ABC Nightline story on  Eva at http://www.youtube.com/watch?v=bXU219b3Zdw  (It's 15 minutes long so you might want to finish this article before going to it.)

Eva first came to my attention when I stumbled across arecording of her singing “At Last” on Napster some years ago. You may recall that in the Inaugural Balls of 2008, Michelle and Barak Obama danced to “At Last.” Beyonce was the singer but I recall hearing the song many years before. Like a lot of songs some of it may seem over done, but I have always cherished the last verse:
You smile,
And then the spell was cast.
And here we are in heaven,
Because you are mine at last.

Eva’s version is on You Tube at:
http://www.youtube.com/watch?v=2odll7s8q0c

I stumbled across Nancy LaMott when I was once looking for tracks of “You’re Clear Out of This World.” I thought it was a Kurt Weil song because it seemed to draw from “Speak Low” one of Weil’s most beautiful songs. It wasn’t though. But Nancy LaMott did a set of “You’re Clear Out of This World” and Cole Porter’s “So in Love” that was out of this world. You find a recorded live performance:
http://www.youtube.com/watch?v=eS4nnxA-IDE

The first time I heard Eva Cassidy sing, I knew she had passed away. I remember hearing of Nancy LaMott on NYC disk jockey Jonathan Schwartz’s Saturday morning jazz centered program. It was not until I discovered her recording of “Clear Out of This world” that I discovered that she too had died. Hers was uterine cancer. http://community.seattletimes.nwsource.com/archive/?date=19960324&slug=2320684
The implication  in Seattle Times story  was that she was on the brink of stardom at the time of her death

I will not claim that either of these two precious women could have been saved by Planned Parenthood because I am not familiar enough with their economic circumstances to know if they either qualified for, or needed, Planned Parenthood services. But millions of American women have qualified for these services and in many instances owe their lives to Planned Parenthood. You can see some examples at:
http://plannedparenthoodsavedme.tumblr.com/page/5

Now the commercial: What has any of this have to do with Thomas Aquinas and Teilhard?

The issue is the human soul and when does that immortal soul come into existence. We now have claims that a fertilized egg cell, even before implantation in the womb, is a human being entitled to all the due process rights of a human being which would mean that even “morning after” pills would be murder because they prevent implementation. Thomas Aquinas would have disagreed.

He lived 800 years ago, long before . Aquinas  along with was one of the pillars of Christian theology. Aquinas  wrote concerning the issue of when the soul was infused into the fetus that it occurred at the time of “quickening” and that before quickening there  was not a human soul but a vegative one. He seems to foreshadow both Teilhard and Darnwin

Teilhard wrote in the “Phenomenon of Man” that it was at the point in the evolution of a species of primates that it developed the quality of reflection or self awareness, that the human species was born. To credit the metaphor of Genesis, that would be the point when humanity  became the  “image and likeness” of God.

As I have written in the Introduction to my manuscript, science today has advanced to the point where it is grappling with the issue of human consciousness. Roger Penrose and Stuart Hameroff have written that the human mind and(and necessarily awareness) arise from trillions of micro-tubules in the brain acting as a quantum computer with among other attributes, the ability to participate in “quantum entanglements.” That is the development among quantum phenomena to react identically and thus communicate instantaneously across time and space beyond the normal constraints of time and space. Einstein called the concept “spooky” but to paraphrase Cole Porter, it is strange, dear, but true.

I discuss this on my blog at
http://johnklotz.blogspot.com/2012/08/michael-redux-quantum-mechanics.html

Where does it leave us. Ironically, it leaves us at the door step of Roe v. Wade which divided the pregnancy into three stages of legal concern. The first stage would correspond to Aquinas vegative state at the very least.

To the best of my knowledge, the Catholic Church has not yet stated as a matter of faith and morals that God has infused the soul in the ovum at the time of fertilization. Because science is now grappling with the issues of self-awareness that so closely resemble the Aquinas dichotomy, it would be best perhaps to avoid such speculation.

Galileo was nearly burned at the stake for challenging the Ptolemaic view that the earth was the center of the Universe. It might be best for everybody to take a deep breath before demanding all of our laws bend to the fundamentalist view about soul creation.

And it would certainly be a very good idea to those who are demanding the defunding of Planned Parent to back-off a bit. Millions of women have depended on Planned Parenthood for life saving services. As for me, I can not get the voices of Eva Cassidy and Nancy LaMott to be still.